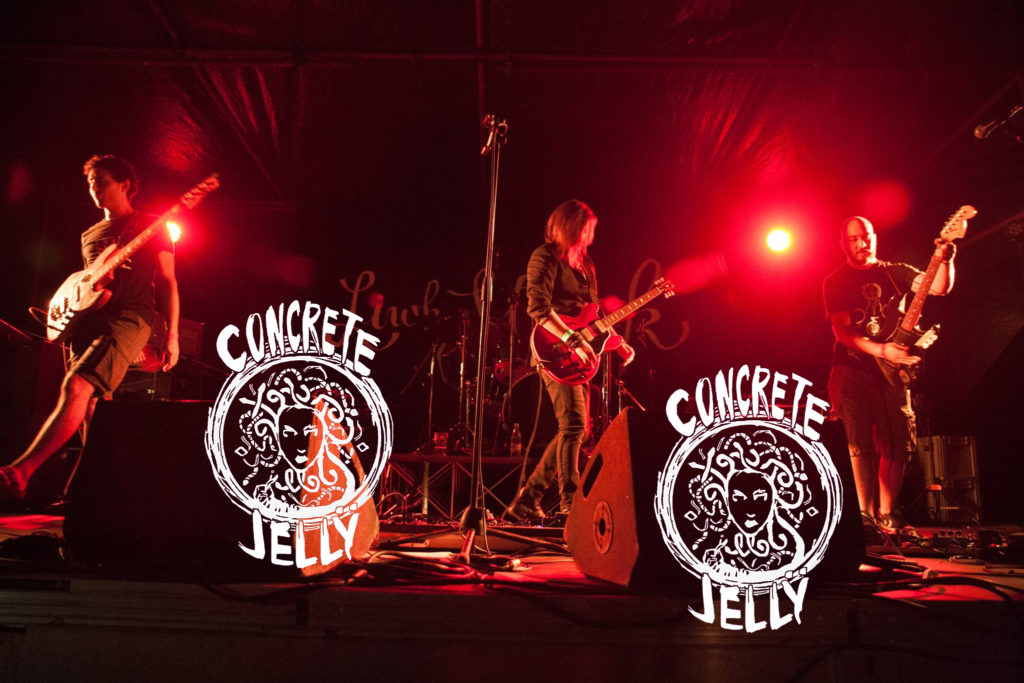 The band Concrete Jellÿ was founded in 2014. They started as a 70’s hard rock cover band, and then started working on their own music. After one year the first original album, „3“, was released. It’s a concept album based on the life of an old rock star and… well, dinosaurs. Now the band just recorded a second album, titled „Getting Noticed“, about all the bands that are too busy trying to break through, they forget to play live. The guys always focused on live shows, having more than 50 gigs in a couple of years, in clubs, pubs, theaters and small festivals in North-Eastern Italy, Croatia, Slovenia and Austria. In the end, Concrete Jellÿ are just a bunch of friends, who like to have fun and take nothing too seriously, but music